The facade of the „Experience of Europe“ (Visiorcenter of the European Parliament) directly at the Brandenburg Gate in Berlin has been given a new interactive face. Three windows were equipped with slightly transparent LED mashes and directed by Shan Blume, who was also the director of the 360° film „Europe and its Parliament“. The animation is filled with atmospheric content and informatios about the European Union. 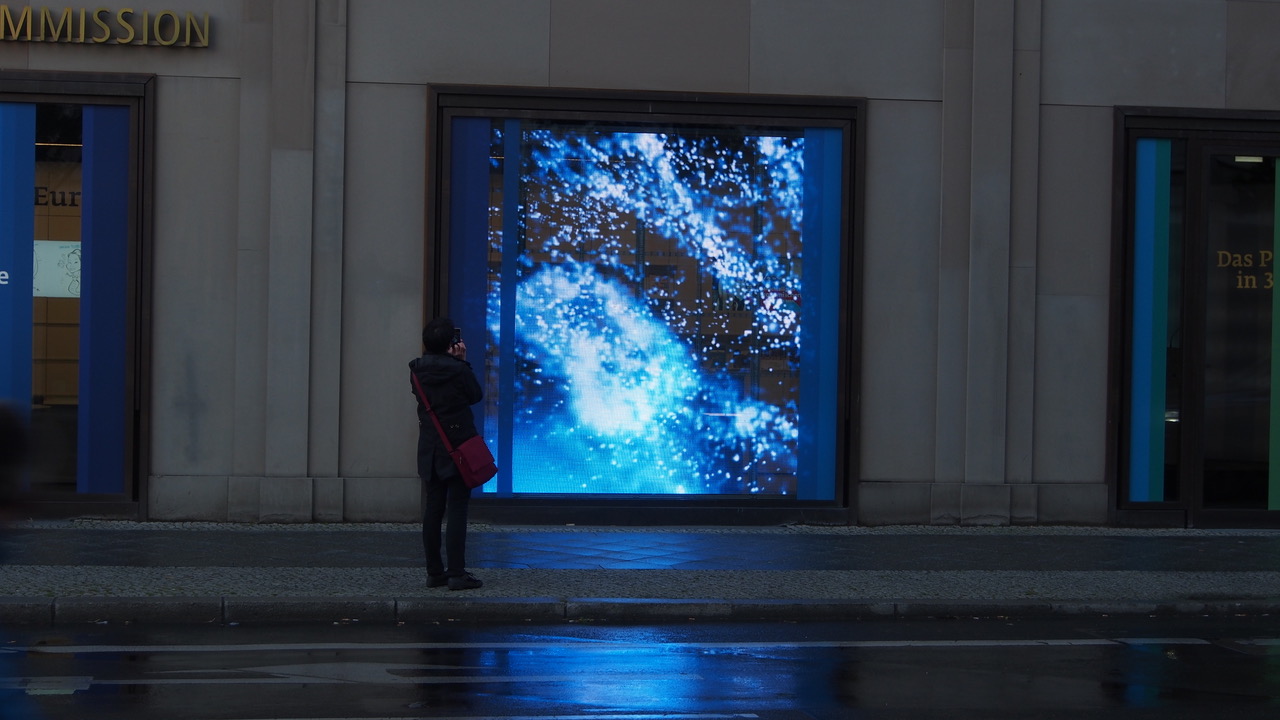 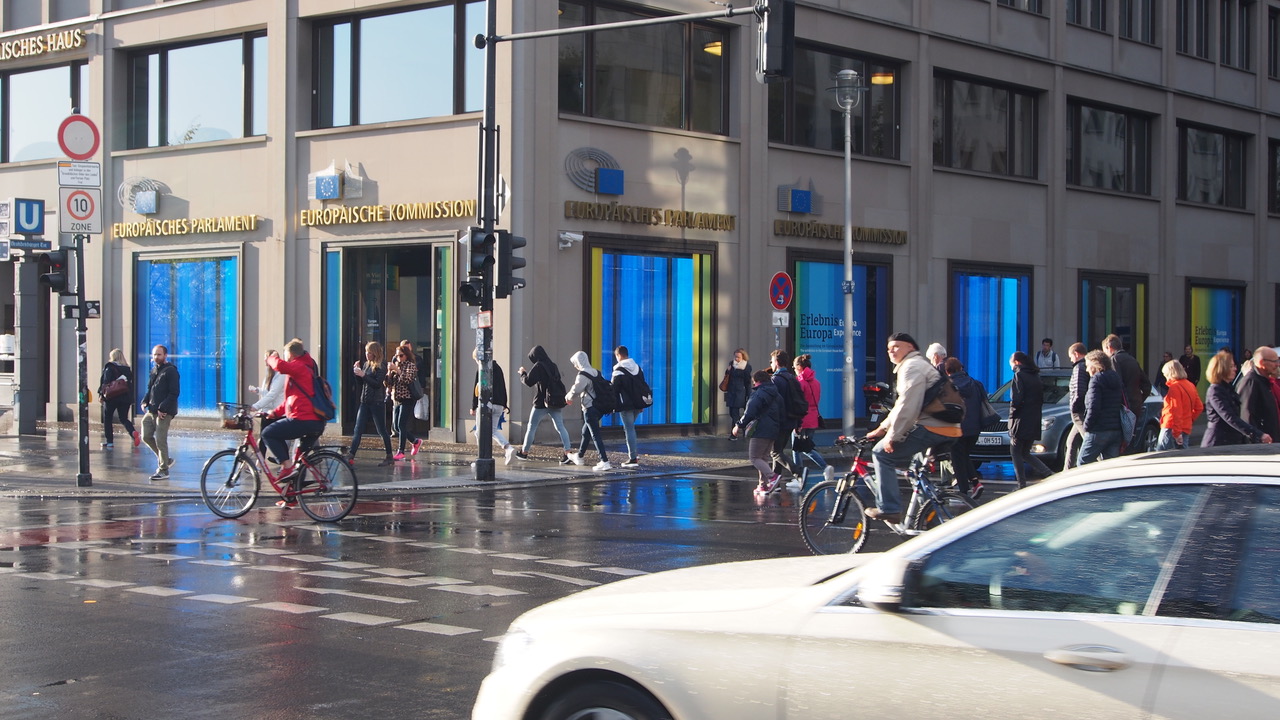 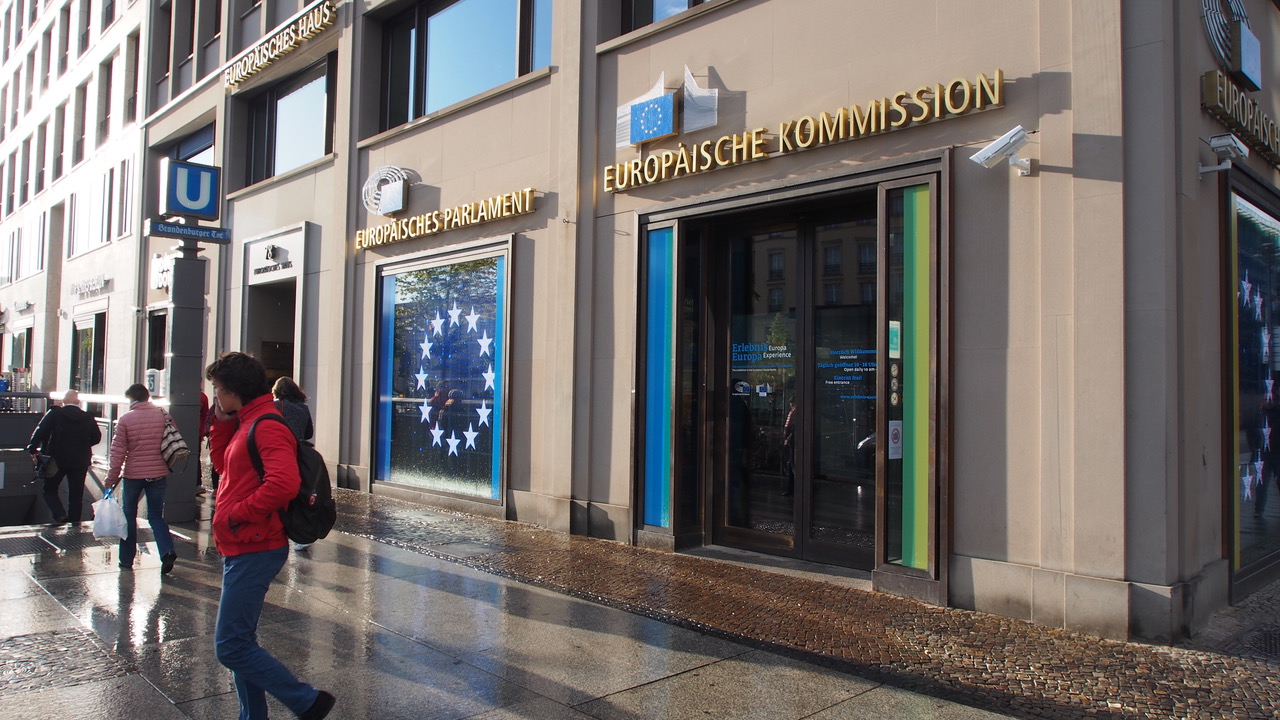